A Brief Review of Everything

Student sets out to review everything in existence. Fails miserably.

iThink Therefore I Am

One of the more interesting alien races to be introduced on Doctor Who in recent years are the Ood, and not just because their faces look like a mop designed by H.P. Lovecraft. No, their brains are the most fascinating parts of them – they have three; a ‘normal’ in-the-head brain, a hive mind and an external brain that they have to carry around in their hands. This isn’t just an excuse for me to talk about Doctor Who, however, or the dangers of Ood games of pat-a-cake. I’m going to propose that they are basically people. Or, more accurately, we are now basically them.

Whoa, put your torches and pitchforks down there, angry villagers. I’m not saying you’re a bunch of telepathic squid-faced monsters who’ve been possessed by the devil (although…), I’m talking about the whole brain in the hands thing. No, we don’t literally have to walk around carrying our own squishy innards like the world’s most disturbing hand-warmer, but we do have a sort of external brain. Specifically, we have these things: 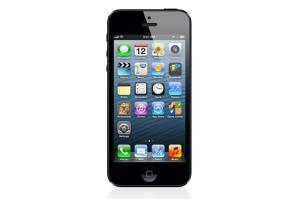 To those who have somehow managed to sleep through the last decade or so of human existence, we’ve recently managed to create these little portable computers that we carry around everywhere with us. According to a recent survey, there are more than 1.08 billion smartphone owners across the planet, and for most of those people their phones will have become part of who they are. Step out onto any city street and you’re probably going to see at least a couple of people staring at the screen in their hands, texting their friends or working out the best battle strategy for man’s upcoming war against the green pig empire. Any time we need to look something up, we can use these devices to access it. They store our personal data, lists of our friends and colleagues and how to contact them, reminders of important events. With cameras they can store visual images and document our past experiences in a way that we can easily access. What is this if not an external form of memory?

What’s more, thanks to social networks and them being, you know, phones, smart phones have arguably provided humanity with a sort of collective hive mind. Granted, this existed before Apple first pushed its fragile little money sink into the world, but in a form that wasn’t constantly readily accessible. With the smart phone, this network is always with us – I can sit down in a park in West Yorkshire and communicate with my sister on the other side of the planet. From the same place, I can access the collective sum of humanity’s knowledge, and either choose to contribute to it or (more likely) waste my time looking up pointless facts about films I like. 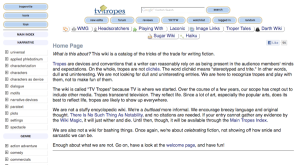 (Presented: the bane of productivity.)

I would argue, however, that this goes beyond a comparison with a creature from a TV show. Without our noticing, Apple and Google and all the other related companies have been slowly making us into cyborgs. If anyone reading this is not of the geek persuasion (which is unlikely as A: everyone is at least slightly geeky about something and B: nobody reads this anyway), a cyborg is a being that is a meld of man and machine. Usually this is in the literal sense, as in having parts of your body replaced with cybernetics, but what if this relationship wasn’t necessarily physical? Just because your phone hasn’t been surgically grafted into your arm doesn’t mean it’s not a part of you, if that makes sense – you still use it as if it was, as an external memory drive. If anything, it’s an improvement of your actual memory, which, alongside not being able to document everything with 100% accuracy, will over time likely blur events until you misremember them. A photograph or a video will not do this. As long as you don’t drop it under a car (or if you’re anything like me run it under a tap in a misguided attempt to clean it), your smart phone has the ability to provide a permanent and accurate documentation of your life. Apple haven’t just made their machine a part of you, they’ve improved you with it.

So what does this mean? It’s hard to say. Obviously you aren’t all terminators yet or else I’d be writing this while huddled in an underground bunker, but as both communications and prosthetic technologies advance, scientists are ever more blurring the lines between man and machine. We already have prosthetic limbs that can be controlled by thought alone, and researchers at the University of Chicago are on their way to building a robotic hand that can experience the sense of touch like an organic one. With technology progressing as it is, it might not be long until we have the ability to genuinely create cyborgs.

Which is just going to make going through airport security a nightmare.