A Brief Review of Everything

Student sets out to review everything in existence. Fails miserably.

Whatever your feelings towards the modern zombie phenomenon, it can’t be denied that the shadowy world council behind it are masters of the Meta. Like the corspey ones themselves, this craze refuses to die, has decayed considerably over time, and has gradually spread into an overwhelming horde. However, are those who insist on continuing with it flogging an undead horse? Or is there still room in the media for a little bit of ‘braaaaains’?

(That is, of course, unless the horse is the famous Mr. Dead.)

It’s not difficult to see why zombies have pervaded our culture to such an extent. As villains go, they’re fairly useful; there’s no backstory that needs explaining, no motivation required other than ‘we want to eat your face’, and they can be slaughtered in large numbers without causing offence to any particular social group (aside from the deceased, but they’ve never been particularly vocal). For years game developers pitted us against the Nazis because they couldn’t think of anyone else it was ok to universally hate. Zombies provided a solution; a blank (well, green-ish) canvas that had the added bonus of coming in large numbers. Of course, this isn’t the only reason for the rapid spread of zombie culture; there are other factors to consider, like the apocalypse/hero fantasy, but we’re not here to discuss causes. We’re here to discuss longevity.

Zombies used to be interesting. They offered a social commentary from behind the mask of a horror genre. Used correctly, they can be scary. But then they started cropping up everywhere – film after film, game after game, all fell prey to this shambling conformity. They even started turning up in places that they really had no reason to. ‘Zombie modes’ quickly started emerging in games like Call of Duty and Red Dead Redemption, for no other reason than they were popular at the time. Books like Pride and Prejudice and Zombies were published. It was as if the media had been bitten by one of them. Either that or they realised that zombies = sales. 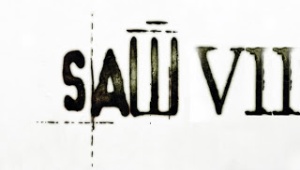 (But that would imply that directors would mercilessly milk a cash cow until every last drop of artistic integrity had long since drained away.)

Let’s take a look at the best-selling video games of all time. On the Xbox 360, we have Kinect Adventures, Call of Duty: Black Ops, Halo 3 and Minecraft. Of these four, three contain zombies to some extent. The top 5 on PC are The Sims and The Sims 2, Diablo 3, Half-Life 2 and again, Minecraft. Our little undead friends pop up in all of these as well. In film, 2012 saw the release ParaNorman, Cockneys v.s Zombies, Resident Evil: Retribution and many more besides. The market is saturated. As a result, boredom is quickly setting in. A quick trawl of the internet will bring up countless forums full of people begging for some variety in their movies, shows and games.

Is this to continue then? Should our undead horse be put out to pasture? That depends. If things are just going to continue shambling along as they are, it’s probably time to stick a bullet in the corpse’s brain. However, there is a chance yet. We just need to innovate slightly.

Granted, most variants on typical zombie fodder have been done. We’ve had fast zombies, smart zombies, zombification from any kind of death, and zombie redneck torture families (although I love The Cabin in the Woods – if you disagree I will feed you to the Merman). Games like Dead Rising have pretty much played the cannon-fodder aspect of zombies to death. That doesn’t mean, however, that they still can’t be a good framing device for a story. Play through The Walking Dead and tell me it wasn’t one of the best games you’ve ever experienced – not because of the zombies, but because of everything else in it. The characters are complex and compelling and the story genuinely makes you care about them. The zombies, whilst an ever-present force, are not the main focus of the game, and as a result it has achieved great success in an otherwise tired and stale market.

Another great example of this is the short film Cargo. I’m not even going to explain it here. Just watch. You’ll see what I mean.

This is what we need more of. Forget achievements for killing your 10,000th lumbering corpse, forget watching Brad Pitt run away from hordes of  the dead for several hours, what the zombie ‘genre’ really needs is innovation. New ways of using any source material will always be interesting, and with any luck they will encourage more creators to try their own new things. Feel free to decry the zombie fad as dead and buried, but as long as content like Cargo is still being made, I’m going to be riding this undead horse off into the sunset.